I’m not hiring, nor am I looking for a job.  I don’t really follow all the posts people put up because most of the notifications are for people and their new contacts – that I don’t really care about.

Anyone give me any feedback on what LinkedIn is good for or how I should be using it?  Either way, feel free to add me!

Mercedes allowed people to open the doors of their virtual Viano with their own electronic car key and some interesting people were inside! Even when the weather isn’t great…

If you have any views on what we should be looking at, please fill in the form at http://alphacollege.com/gold.

As vain as it sounds, I’ve been trying to record myself so I can see my form when shooting my compound bow in the hopes of improving my technique!
I’m shooting at Liffey Archers (http://www.liffeyarchers.com) in Dublin. For more information about our shoots and beginners courses, check out our site.

I recently visited the great city of Liverpool where I was apparently inducted into the Reds Supporters club when I went to Anfield to watch a game against Aston Villa.

As many people know I’ve never been a great supporter of any particular football team – or any sports team for that matter. I’ve never really gotten involved with team sports, I’m more of an individual sports enthusiast.

Rooting for the underdog…

I do, however, like the idea of Liverpool as a team and as a club. What little I know of them, they have had a very successful past, with a lot of titles and famous events.  In recent times they have, however, fallen on hard times. I know they haven’t had a great run of things lately and have been pushed down the table and aren’t in great financial shape. END_OF_DOCUMENT_TOKEN_TO_BE_REPLACED 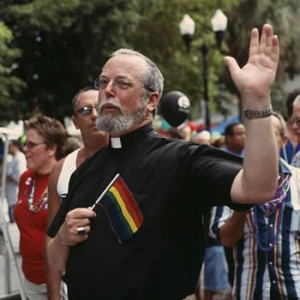 I tend not to get worked up about things.  There are a few things that will get me pretty heated but on the whole, I’m pretty chilled out and so long as no one is hurting anyone else, I let people do what makes them happy in life…

I’ve also haven’t considered myself a “catholic” since I think I’ve been old enough to make that kind of decision myself.  I went to a catholic primary school, made my communion and confirmation but even at that stage I didn’t take it too seriously.

I do, however, feel pretty strongly about the catholic church in general.  They are not good feelings… END_OF_DOCUMENT_TOKEN_TO_BE_REPLACED